Two emperors, Constantine and Maxentius, were battling for power. Chronicles recount Constantine receiving a vision from the Christian god, offering victory if his men decorated their shields with Christian symbols. Whether true or not, the battle confirmed Constantine as sole ruler of the Western Roman Empire and a year later Christianity was legally recognised and tolerated by Rome.

An alliance of Romans and Visigoths decisively defeated the already-fleeing Huns, who were later wiped out by a Germanic alliance. Some historians believe the battle was of epochal significance, protecting Western, Christian civilisation for centuries to come. Mixing a dry aggregate with a mortar that would take up water and then harden gave the Romans a range of building materials of great flexibility and strength.

Roman concrete is very similar to modern Portland cement. It held crowds of up to ,, according to some accounts though , is probably more likely. This allowed them to build large roofed structures without forests of pillars, and great bridges and aqueducts. Rome itself was served by 11 aqueducts by the end of the third century, with nearly km of artificial water courses in total. Cities freed people from subsistence agriculture, allowing them to indulge in art, politics, engineering and specialised crafts and industries.

Constructing these systems that used gravity to move water over long distances down tiny inclines was an astounding feat. The Cloaca Maxima was built from earlier open drains and canals, surviving through the entire Republic and Empire. Parts of it are still used as a drain today.

The cleaner, healthier life of Roman cities was an attraction to people in the Empire to buy into the lifestyle of their conquerors. They even built tunnels for their roads, the longest was 1 km long at Portus Julius, an important naval base. Emperors cemented their reputations with grand public works. It is 21 metres high. Marble Arch in London was based on it.

Pictures from our visit. Enjoy!

It was completed in AD under Emperor Trajan. He told his captors the ransom they had demanded was not high enough and promised to crucify them when he was free, which they thought a joke. On his release he raised a fleet, captured them and did have them crucified, mercifully ordering their throats cut first. While governor of part of Spain he changed the laws on debt to protect himself. He often tried to remain in high political office in order to enjoy immunity from private prosecution.

He had been ordered to disband the armies that had successfully conquered Gaul by a Senate that wanted to support his great rival Pompey. Caesar finally won the war in 45 BC. He remained married to Calpurnia through this period, Romans would not have considered his relationship adulterous. He had one legitimate daughter, Julia, with his first wife and a probable illegitimate son with Cleopatra. He adopted the boy who was to become Emperor Augustus and believed Brutus, who helped kill him, was an illegitimate son. He acquired at least some of his wealth by buying burning buildings at knock-down prices.

Once bought, he would employ the slaves he had bought especially for their architectural skills to save the buildings. It was revealed when Pompey and Crassus stood alongside Caesar as he spoke in favour of agrarian land reform that the senate had blocked.


He had gone to war against the Parthian Empire with no official backing, seeking military glory to match his wealth, and his force was crushed by a much smaller enemy. Crassus was killed during truce negotiations. He held off and Caesar was victorious in their next engagement. When his head and seal were presented to Caesar, the last standing member of the triumvirate is said to have wept.

He had the conspirators executed. There was stability of succession but no hereditary dynasties were established. It is one of the most important visual sources on Roman military life. About 2, individual figures are shown on its 20 round stone blocks, each of which weighs 32 tons. The wall was about 73 miles long and up to 10 feet high. Built of stone with regular forts and customs posts, it is an extraordinary achievement and parts of it still survive. The three largest, Rome, Alexandria in Egypt and Antioch in modern Syria , were each twice as large as the largest European cities at the start of the 17th century.

There was almost total peace within the Empire, law and order was maintained and the Roman economy boomed. Galba was assassinated by the Praetorian Guard; Otho committed suicide as Vitellius seized power, only to be killed himself.

He may have killed his stepbrother to assume the throne. He certainly had his mother executed in one of many power struggles. He was the first emperor to commit suicide. He presented himself as Hercules in statues, fighting in rigged gladiatorial games and renaming Rome after himself. He was assassinated in AD. During this period Rome was often at war with its Italian neighbours. Internally there was strife too, as aristocrats tried to hang on to their exclusive rights and privileges against pressure from the rest of society. Five claimants battled it out for power after the death of Commodus.

Septimius Severus finally outlasted the others.

Six men were recognised as emperor in the messy ending of the terrible rule of Maximinus Thrax. Two of the emperors, Gordian I and II, a father and son ruling jointly, lasted just 20 days. He thought the Empire was too big for one man to rule. It lasted while he lived, but collapsed into more bloody feuding and fighting upon his death. Most of the colourful horror stories about him are probably black propaganda, but he did cause a famine and drain the Roman treasury, building vast monuments to his own greatness, nonetheless.

He was the first Roman emperor to be assassinated, killed to stop him relocating to Egypt to live as a sun god. He reportedly mistook the news for a report of the death of his pet cockerel, Roma. Ignoring the fact that all the dead mobs around would allow you to have a near infinite supply of Biodiesel. I would think that the gas found in a jerrycan is more likely to be stabilized than not.

Since most people who buy those cans in the first place tend to know to do this. Came back to CDDA after a long break, signed up to the new forum and stumbled right on the topic I thought about too. Will be a wall of text, sorry for that one. So, we are the protagonist of a story every time we try and create a new character. But why do we play? It is because we have interest towards the dynamically created narrative. So whether we want it or not - and no matter how much realism we infuse in the game - we still end up playing as a hero or villain.

Because having agency is fun. But to have agency, you must have problems to solve. Static bases at the moment are just that - static. A Road Warrior with his trusty 15 ton steel steed. He is the problem-solver and the troublemaker in one package. Sometimes he agrees to help you clean out a zombie-filled sewage treatment facility, sometimes he blows your nascent community to smithereens because the nearby raiders promised him some nuclear stuff to refuel his Atomic Doomtruck.

He is purveyour of goods exotic and sometimes he dies because he stepped on a landmine. Should have just stayed a moisture farmer…. Sure, the static base way of life can be made fun, but barring a strategic mode that will require some kind of relationship system coupled with dynamic events, so that NPCs and Factions can generate some drama about who has swiped the chewing gum from the last MRE.

Gee, sure glad that I picked that Psychopat trait. A settlement built around former military base can sell rare ammunition and perform the repairs on the big guns, but it will need some food or water in return. 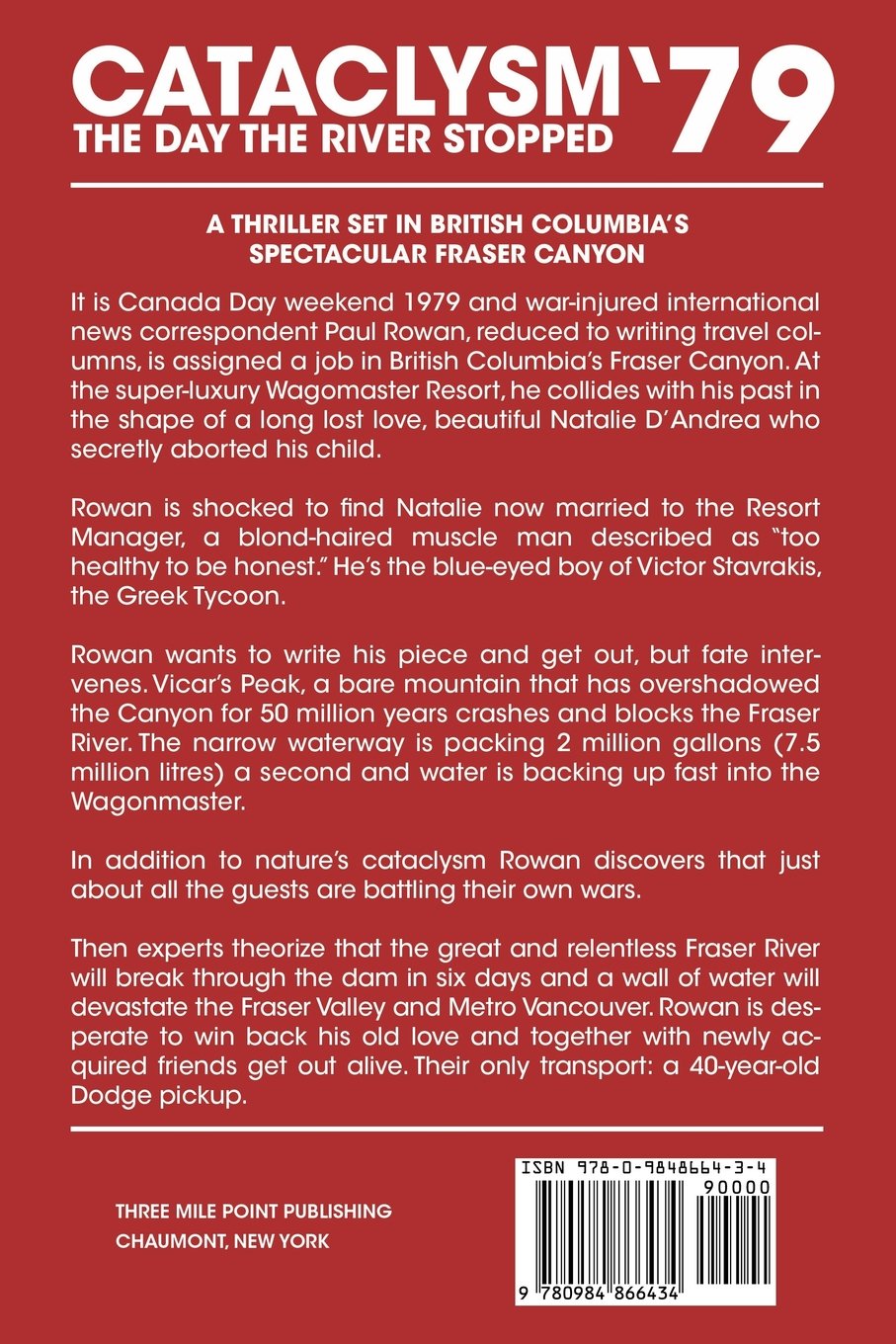 So you can spend time to scavenge the goods from the territories surrounding Fort , but you also can try and search for a farming community in a nearby vicinity. Or maybe you unload that Mossberg into the farmers instead. As for the things discussed previously - weather conditions and terrain preventing free travel, as well as the rebalancing the crafting towards the stationary appliances would be really steer the game in the right direction.

If someone is up for the discussion of the NPCs, Settlements and Factions, I will gladly share some more thoughts and can probably try and outline some concepts. I agree with the opinion that just placing a whole lot of roadblocks on vehicles is not the way to do this. Static bases are boring. Give the players content to do when having a static base, and ease the tedium and artificial inconveniences of having a static base like needing to build a vehicle in order to be able to have power and full crafting, and players will gravitate towards it in order to experience that content.

Items under the construction menu that use or generate power, or charcoal equivalents would be a great start. This topic comes up pretty regularly. I definitely feel like stationary constructions for extremely high tier crafting recipes would be a solid positive to a static base, but then the concern becomes the only way to craft the high tier stuff is to set up a static base. Even if they only had to stop driving their behemoth for a season or so.

Just imagine making your underground safe shelter powered by running zombies trapped in a kinetic wheel. I currently have a static base. I have had some small hordes attack but I have a line of barbed wire and spiked pits all the way around it. I am on around day 85 of a 91 day season game with 3X zeds and 2x loot. Benefits to me are- Easy access to supplies, I have a size 15 town I am slowly looting. A place to grow crops. Easier supplies. I just walk next door for some wood or metal or any basic materials, and go a couple blacks down in my march to clear the town for more uncommon stuff.

Animals are easier to utilize, especially with the new mechanics.

Defense is cheaper, I can have smaller weaker guns in a higher quantity to defend myself than trying to get laser cannons for my deathmobile. You can fit more npcs in a static base. More npcs mean more skills and if you are playing with the new base mechanics more hands means easier work. If I think i may use it i take it, it makes crafting in the future so much easier.

Moving if SHTF. What is the benefit of having a base? Game Talk. The Bunker. SmSkdm May 3, , am Coolthulhu May 3, , am Submarine May 3, , pm Vastin May 3, , pm Perhaps you could Designate a Reconstruction zone where you have your designated base. Vastin May 4, , pm Wojtek94 May 5, , pm